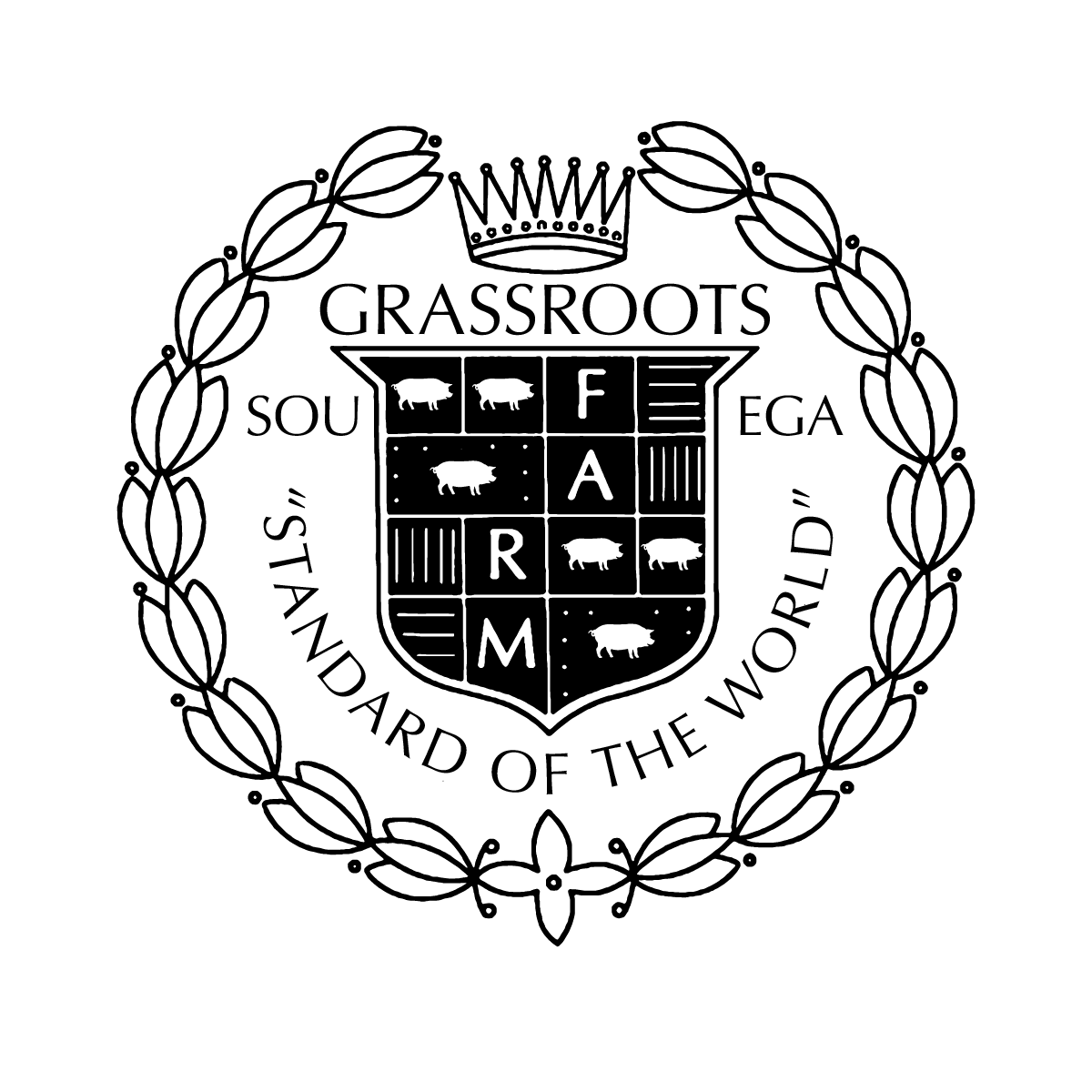 My name is Brandon Chonko and this is Grassroots Farms. We farm 31 acres in Camden County GA, growing heritage pork, chicken, eggs, and seasonal vegetables. This farm began as a hobby in the year 2009. At the time, my wife and I had a toddler (who's 12 now) and wanted to eat healthy and know where our food was coming from. We lived in a neighborhood outside of Athens, GA.

We began a garden and got a couple beehives. I became fascinated with all aspects of growing food. The garden prospered and grew. I added some quail that we raised for meat and also some backyard hens. We ate fresh vegetables everyday and feasted on eggs. One thing led to another and a woman down the road agreed to let me use her fallow property to begin raising meat chickens on pasture. The taste and texture of the birds blew me away. It was totally unlike the chicken I grew up eating! It was so delicious!

I began supplying a couple restaurants in Athens and Atlanta. Nothing major, mainly meat chicken and quail. One day the phone rang. It was the president of a large food distribution company. He had eaten my chicken at a restaurant and wanted to carry it.

We decided to go all in. We rented our house out and moved to south Georgia. I figured the year round growing climate would benefit us as would the vast expanse of land. Finding 30 acres for rent, we settled in. This was 2012. The next few years were a whirlwind of hard work. We placed chicken in a ton of southern restaurants in Charleston, Savannah, St Simons, Athens, and Atlanta. We sold to the likes of Sean Brock, Hugh Acheson, Mashama Bailey, and others. Eventually our chicken even landed in the pages of Garden and Gun magazine, hailed as the most delicious chicken in the South.

We added a large flock on hens and a herd of heritage breed hogs that we raise following the same pasture based principles.

Years passed and we were able to buy property in Camden County GA, squarely in the beautiful lowcountry region of coastal Georgia. We are a small, family run operation, supplying both retail customers and restaurants. Our focus is pasture raised heritage pork, chicken, eggs, and turkeys as well as seasonal vegetables. We offer pick up point markets in Camden, Glynn, and Nassau counties, as well as home delivery. We believe in the power of small farms and nutrient dense food. Take a minute and browse our store. We appreciate your interest in our farm!

I also write a fairly regular column in the local newspaper, the Camden Tribune and Georgian. It's called The Frank Farmer. Grab a copy and support the local paper!